Last year at LAM Films we launched our big poster featuring an appearance from every LAM Films actor standing before a large unfurled American flag. This year, LAM Films has taken a more relaxed approach and simplified the design.

Below, you can see the new design launched on the first day of 2014!

This image is a large file and therefore can be used as a banner for the LAM Films YouTube page. After a series of attempts, a good quality usable photo has finally been found for the YouTube channel. An enlarged version of the center of this poster can be found below.

As you can see from the center of the image above, there is a lot going on. It features characters JJ P. Dawg, Johnny NoLight and Bux Rivers looking at a computer screen. Branching off from the computer are images representing the things these characters are looking at. The top right and bottom left corners display posters from A Good Day to Live Free or Die Harder With a Vengeance (2013). The bottom right and top left corners display images from Takimbo Oswald: Toyko Drift (2013). These two videos were the biggest LAM Films projects of 2013. Enlarged images of the ones seen in the corner here can be found below, starting with the poster found in the top right.

As stated above, this image can be found on the top right corner "branch" of the center image. It is a promotional poster for the LAM Films video A Good Day to Live Free or Die Harder With a Vengeance (2013). Actor Danny Sobol playing Bruce Willis playing John McClane can be seen front and center with two guns. On his left side is Manfred Grüber played by Rory Slatko and Jack McClane played by Nick Dudek on the far left. On the right side is Mr. Falcon played by Andrew Gates and Albrecht Karl played by Alex Boughton on the far right.

The image above is another poster created for the same video. It can be found on the bottom left "branch". It features Albrecht and Jack (mentioned above) fighting each other in a boiler room. Both this image as well as the previous one were created using stills from the video as well as extra backgrounds and filters created in Photoshop.

This image can be found in the top left "branch". It features Takimbo Oswald played by Matthew Gates. Here, Takimbo is drunk and passed out after a night of partying all over the world. Unlike the previous two images, this picture is a straight screenshot. It has not been edited in Photoshop. It was simply taken right from the video Takimbo Oswald: Toyko Drift (2013). 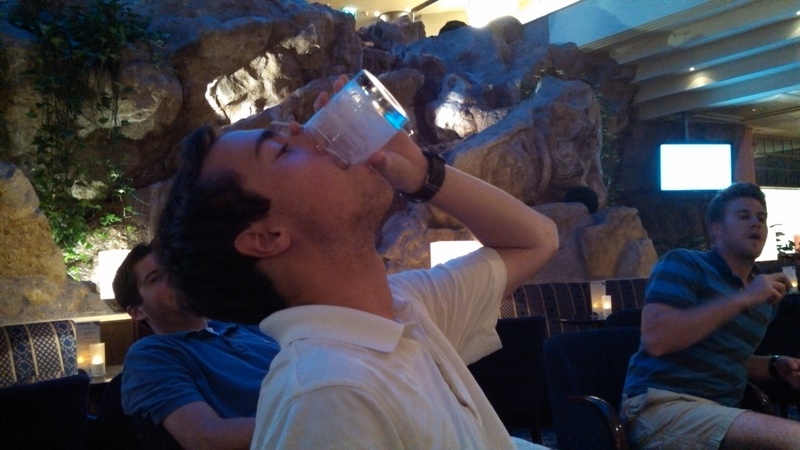 Lastly, the bottom right image features Takimbo Oswald drinking alcohol in Croatia. In reality, this picture was taken in Vienna, Austria, rather than Croatia. Once again, Photoshop was not used for this picture. 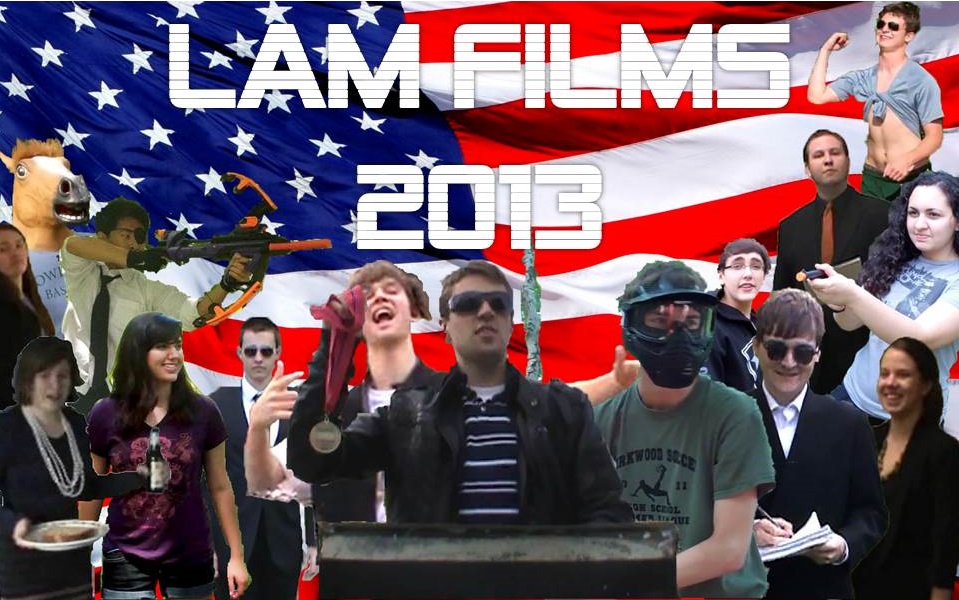 In case you wanted to see it, last year's image is posted above for you to look at. As you can see, it is very packed and cluttered. The goal with this new one was to space everything out and make it much easier to look at.

Keep checking back here at LAM Films for all the good stuff.

Oops, you forgot something.

The words you entered did not match the given text. Please try again.

Reply Jamosvek
9:12 PM on May 30, 2021
Many thanks. An abundance of stuff!
https://topessaywritingbase.com/

Reply Jamosvek
7:39 AM on June 3, 2021
Terrific content, Thanks.
https://scoringessays.com/
how to write 5 paragraph essay
dissertation definition
how to write a self assessment essay
custom essay writing services
how to write and essay
paper writing
how to write an autobiography essay
homework help
order custom essays
coursework
what is a college application essay
thesis writing service uk
how to find college essay prompts
https://smilevault1.webs.com/apps/blog/show/48256738-comprar-bitc
oins-con-tarjeta-de-cr

Reply Jamosvek
2:01 PM on June 6, 2021
You definitely made the point!
pharmacy prices
https://surfonix.webs.com/apps/guestbook/

Reply Jamosvek
6:36 AM on June 10, 2021
You suggested it superbly!
https://discountedessays.com/
urgent essay help
https://englishessayhelp.com/
essay scholarships college students
https://topessaywritinglist.com/
write an essay
https://homeworkcourseworkhelps.com/
how to write a conclusion to a persuasive essay
https://asdefims.webs.com/apps/guestbook/

Reply Jamosvek
9:57 AM on June 12, 2021
Thanks a lot! Loads of content!
https://service-essay.com/
essays about college education
https://ouressays.com/
help with argumentative essay
https://essayssolution.com/
how to write an introduction for a persuasive essay
https://essayssolution.com/
college essay help service
https://wfawebcrew.webs.com/apps/guestbook/

Start a Free Blog at Webs.com